Ambassador R. James Woolsey was the Director of Central Intelligence for the United States Central Intelligence Agency (CIA) from 1993 to 1995.  He’s been appointed by President’s to positions of leadership during the administrations of Jimmy Carter, Ronald Reagan, George H.W. Bush, and Bill Clinton. In a town riven by partisan divisions, Ambassador Woolsey is widely respected on both sides of the aisle. He is a frequent contributor of articles to major publications, and gives public speeches and media interviews on the subjects of energy, foreign affairs, defense, and intelligence. 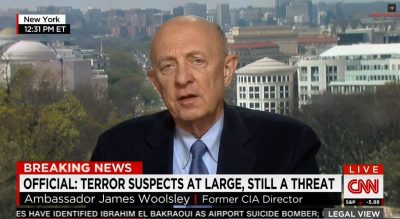